Learners of English will come across several proficiency tests in their journey to mastering and applying the language in everyday life. Two of the most well-known standardized tests are the TOEFL and the IELTS. Both the TOEFL and the IETLS tests provide the proper credentials to prove English proficiency and they are internationally recognized by institutions and workplaces alike. In Canada, for example, both tests are widely regarded and accepted. While the tests are similar in content, there are some aspects that are unique, such as each test’s structure and purpose. Both tests focus on the same four sections: reading, listening, speaking, and writing. The main differences exist in the test structure and in the test-taker’s desired achievement. Let us go analyze the TOEFL vs IELTS by first having an overall idea about how these 2 tests are being structured.

The International English Language Testing System (IELTS) is a standardized test based on one’s ability to read, listen, write, and speak English. The British spelling is used throughout this test, but American spelling is also accepted. Although the test is based in the U.K., it is recognized internationally. Someone who desires Canadian citizenship, for example, can use the successful results of an IELTS test to prove their English proficiency towards their application.

How many types of IELTS Are There?

There are two types of IELTS tests, the academic and the general. The academic test is for those who are pursuing a professional career and seek to study at a post-secondary institution (university, college, etc.). The general test is for those who aim to gain a more basic ability that is sufficient for everyday life in an English-speaking country. Both the academic and the general tests are graded using a band system which is scaled from 1 to 9. Each section of reading, listening, speaking, and writing is scored separately and then averaged to one final score.

How much does IELTS cost?

The IELTS test consists of short answers, essays, and fill-in-the-blanks. The entire test is approximately three hours in length with no breaks, however, the test-taker is required to schedule a separate appointment with an examiner to conduct the speaking section. This session usually lasts between 10 to 15 minutes and can be done before or after the test. The approximate cost of the test is between $250 CAD to $400 CAD.

The Test of English as a Foreign Language (TOEFL) is an American-based standardized test that consists of four equally weighted sections. There are different variations of the TOEFL test, but the vast majority are now Internet-based (TOEFT iBT) and can be taken online.  Similar to the IELTS test, the TOEFL test measures one’s ability in reading, listening, speaking, and writing English. Each of these sections is marked out of 30 points, and as previously mentioned, they are equally weighted towards the final score.

How is the TOEFL test structured?

Let us give you another point of view on TOEFL vs IELTS. Generally, the TOEFL test is taken by prospective university students, so the passages provided throughout the test are based on academic topics or excerpts that one would find in a university textbook. The language used in the TOEFL tests is also reminiscent of what would be used in an academic environment, and it uses American spelling and vocabulary. The speaking and writing sections of the test require test-takers to articulate their ideas clearly and consistently. Test-takers are evaluated on their ability to make connections and apply the information given.

How much does TOEFL cost?

Unlike the IELTS test, the majority of the reading and listening sections are made up of multiple-choice questions. The TOEFL test is also administered in one session, however, at approximately four hours with a few breaks throughout, it is longer in total duration compared to the IELTS test. The approximate cost of the TOEFL test is in the range of $200 CAD to $300 CAD.

Is TOEFL Easier Than IELTS?

Along with the elements already mentioned, one of the major differences between the two tests is the fact that the TOEFL test is entirely digital, therefore you don’t have to interact with an examiner. This means that the speaking portion of your test will be recorded without an audience and you will be able to type out your writing responses using a keyboard. With the IELTS test, you must speak directly with an examiner.  In this respect, the question of which test is “better” can be answered by the test taker’s preference. Some learners prefer to speak with an actual individual as it allows them to converse more naturally and substantially while others may feel more comfortable being recorded without an audience.  Generally, the IELTS test is perceived as easier, but again, it is important to consider the purpose of taking the test, as well as which country one intends to study and/or work in. Universities prefer the IELTS test especially since a specific strand (the academic test) exists for those seeking a post-secondary career.

Does Canada prefer TOEFL or IELTS?

Since the IELTS test is recognized by the Canadian government and all academic institutions, it would be preferable to undergo the IELTS test if one’s purpose is to study and then eventually work in Canada. On the other hand, it is important to note that the Canadian government does not recognize TOEFL scores towards its citizenship requirements.  Meanwhile, IELTS is accepted in the U.S.A. by some American institutions, but TOEFL might be preferred in certain situations. The specific requirements of a workplace, institution, or application process should always be investigated in advance.

In summary, the IELTS and the TOEFL tests each measure proficiency in different ways, but they are both equally valuable in preparing for a successful grasp of the English language. The essential factor in deciding between the two is what specific institutions will accept. The skills attained while preparing for both are interchangeable and equally contribute to becoming proficient in English. The main differences exist in the test structure and in one’s purpose of taking the test. Therefore, in determining which test is superior, the test-takers end goal must first be taken into consideration. When it comes to the price of TOEFL vs IELTS, the price for the IELTS test seems more reasonable. So ultimately, it comes down to the test-takers preference and level of comfort. For further questions about TOEFL vs IELTS topic please drop a comment below. 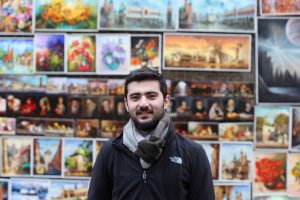 I have been teaching as a TOEFL Tutor for a long period of time. Over the years, I have helped many students boost their scores in TOEFL IBT and shared the strategies I used to get 110 in my TOEFL test. I personalize my classes to your individual needs, intensive every-day online conversational classes via Skype.